In case you have been reading the previous post or following me on Twitter or Facebook, you might know that I had the silly idea of cycling from Linz in Austria all the way to Canterbury in England. 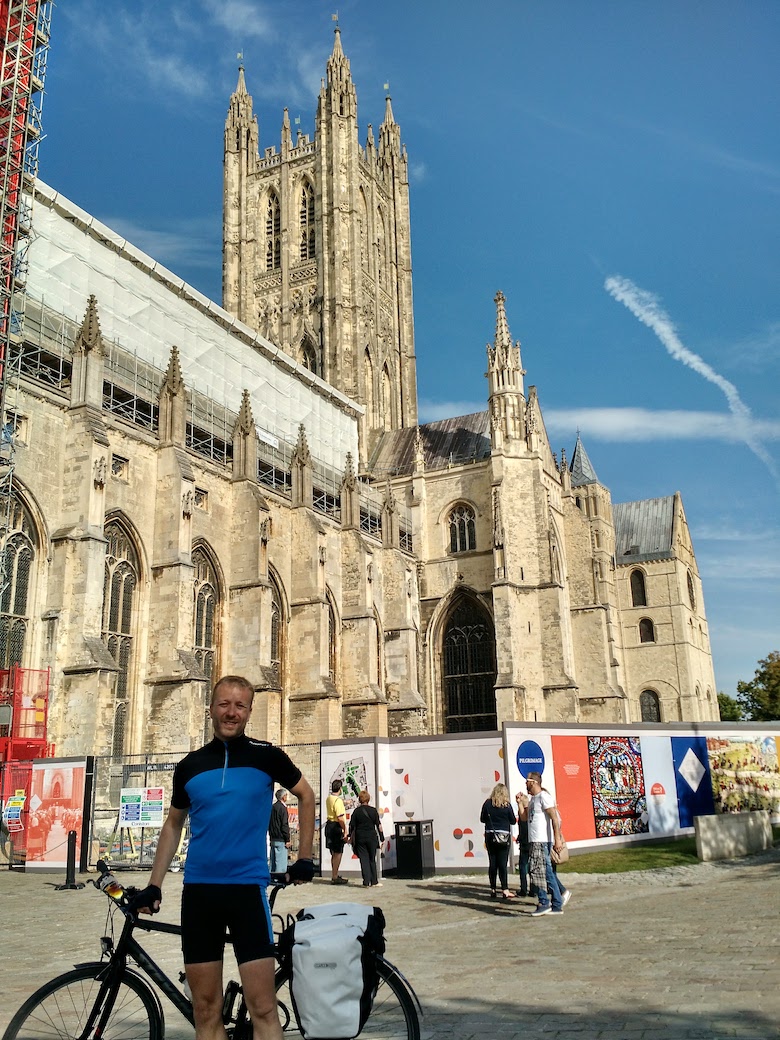 After 12.5 days of cycling, I arrived in sunny Canterbury. My legs felt great, and my butt didn’t mind. It was a quite interesting journey, for large parts through Germany, but also the Netherlands, Belgium, and France. The third and forth day were the biggest challenges. The landscape was very nice, but very hilly. Compared to the ca. 100-120km on later days, I also cycled an extra 30-40km, which in combination was a little exhausting. Expect for those two days, I don’t think I pushed myself very much. On the contrary, it was pretty relaxed cycling. Especially along the Rhine the landscape was nice, the cycle paths pretty flat, and every 2km or so, there was another castle, which made the ride interesting.

Another thing I enjoyed was the absence of borders. I don’t even remember much signage. However, the cycling infrastructure could change noticeably all of a sudden. Germany, you could learn a lot from the Netherlands in that regard…

If you’re interested in my whole trip, the route was this:

It was the first time for me to do such a cycling trip. While I did train since April, cycling in the mornings, and a bit more on the weekends, I actually only did a single 120km trip before. From that perspective, I have to say, it all went surprisingly well.

And besides spending a few days in Brussels to see friends, and an extra day in Lille, because I missed it a little, the trip was completed pretty much in one go. Originally I planed another day of rest, but it wasn’t really necessary, and so I just had a short day in-between and then continued on.

The final day of the trip was also a short one. I suppose, I could have gone the whole way from Lille to Canterbury in a single day. But I wanted to spend a night in Calais, refreshing some good memories, having some crêpe and cider, looking out on the channel, and enjoying Europe for one more night.

The next morning, England welcomed me on a lovely sunny and warm late summer day. After a rather steep climb up the hill in Dover, to see the castle and take a scenic long-distance cycling path, I arrived in Canterbury. You see the picture above. Bright and sunny :)

And that’s where this story ends, and a whole new one starts: being a lecturer at the University of Kent.

« Building High-level Debuggers for Concurrent Languages with Truffle: The Missing Bits Debugging Concurrency Is Hard, but We Can Do Something About It! »